Kraftwerk fuel cell will let you charge your phone with gas

Even the largest external battery packs will only free you from the grid for so long before you need to plug in and recharge. Kraftwerk isn’t just another battery, even though it might look like one. This tiny 200g device is actually a self-contained fuel cell that runs on standard lighter gas and can charge an iPhone 11 times with just a tiny puff. After opening a Kickstarter campaign in early January, Kraftwerk has almost doubled its $500,000 goal. 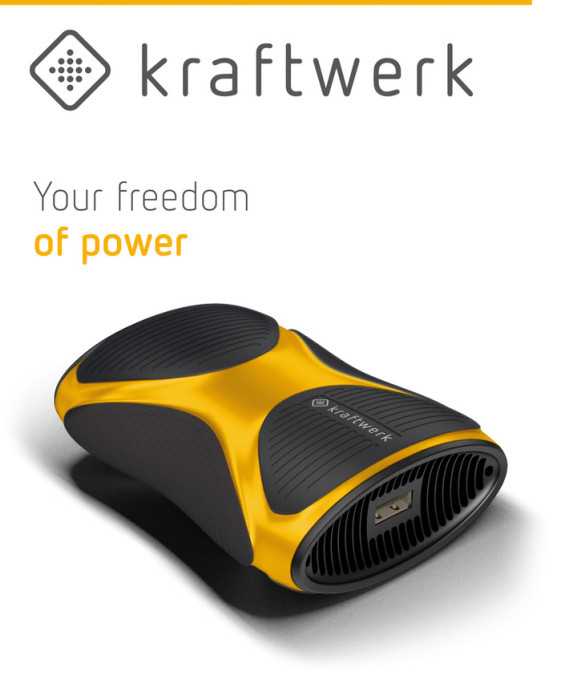 Hardware Kickstarters are always a little more worrisome than those for software or services. A lot of things can go wrong in the manufacturing process as a project comes together, but the engineers at eZelleron have already developed the technology and have a working prototype to show off. It only takes three seconds to fill the reservoir in the Kraftwerk, which is much faster than charging a giant lithium-ion battery, but why go back to hydrocarbons?

For all the disadvantages hydrocarbons have, they come with extraordinary energy density. That’s why the cost of renewable energy still hasn’t caught up to good old-fashioned internal combustion. Of course, Kraftwerk is a fuel cell, so it’s not actually burning the lighter gas (sometimes called camping gas LPG fuel). Instead, it’s using a chemical reaction inside the fuel cell to harvest the hydrogen atoms from butane generate power. eZelleron is fond of calling this a personal power plant, which might be grandiose, but not necessarily wrong. 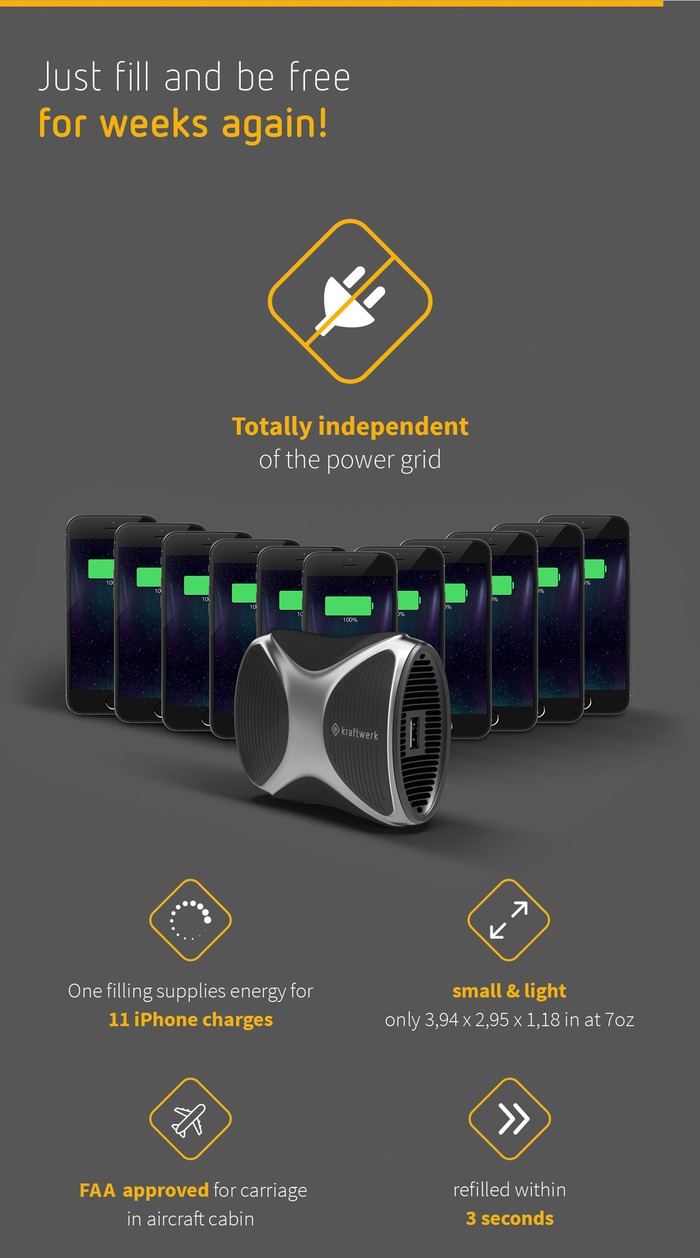 From what the company is saying about the process, Kraftwerk sounds like a very small, efficient solid oxide fuel cell (SOFC). The reaction of hydrocarbons (in the form of butane) and oxygen inside the fuel cell gives you power (and a tiny bit of heat), but the exhaust from this system isn’t bad. It’s just water vapor and carbon dioxide, not unlike the exhaust coming from you. It’s apparently also safe to take on an airplane. If the carbon output bothers you, there are eco-friendly LPG fuels available that are made from renewable sources.

You can charge anything that connects over USB with the Kraftwerk, but it only has the one port. That’s probably because the sustained power output is just 2 watts, with peak power of 10 watts. That’s enough to charge a phone or tablet, but some newer devices can accept up to 15 watts with Qualcomm Quick Charge enabled. Capacity is hard to measure compared to lithium-ion cells, but a full tank in the Kraftwerk should give you the equivalent of roughly 20,000mAh. However, you won’t lose anything to lithium-ion inefficiency as you would with a battery. 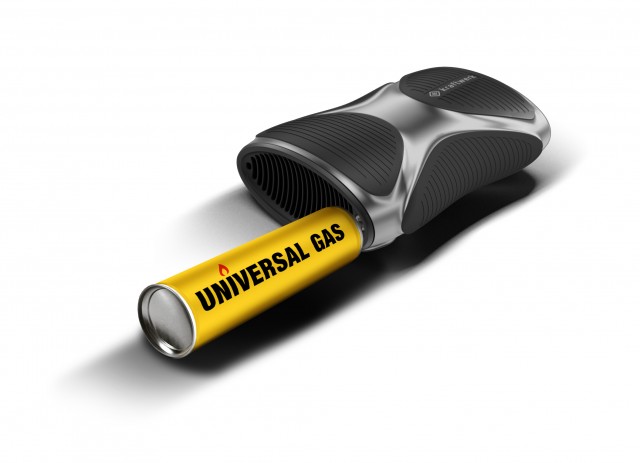